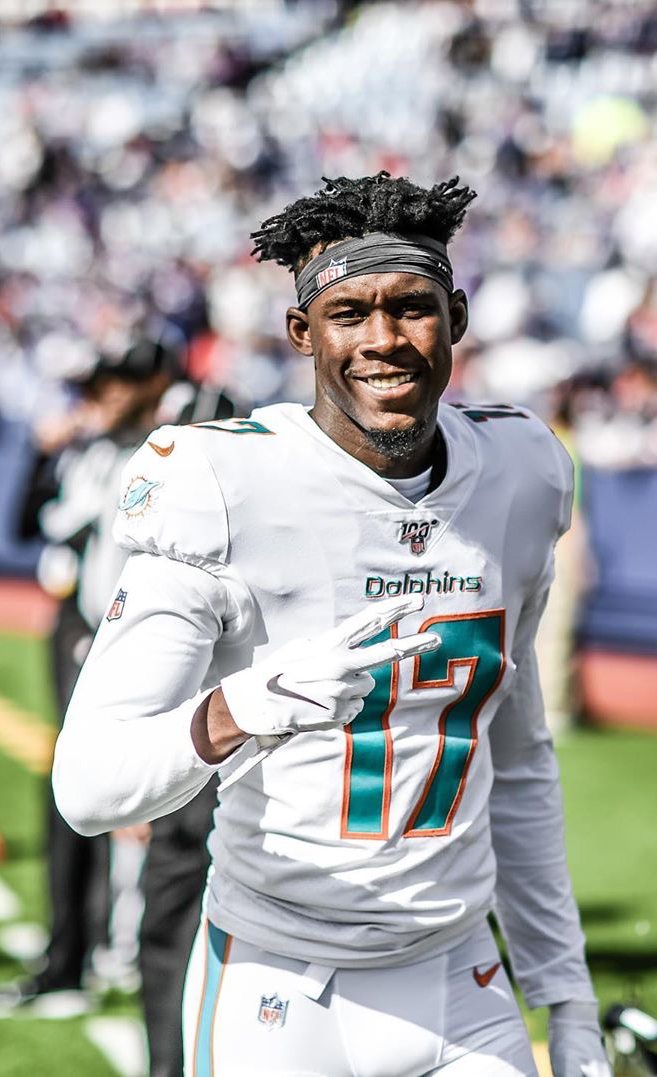 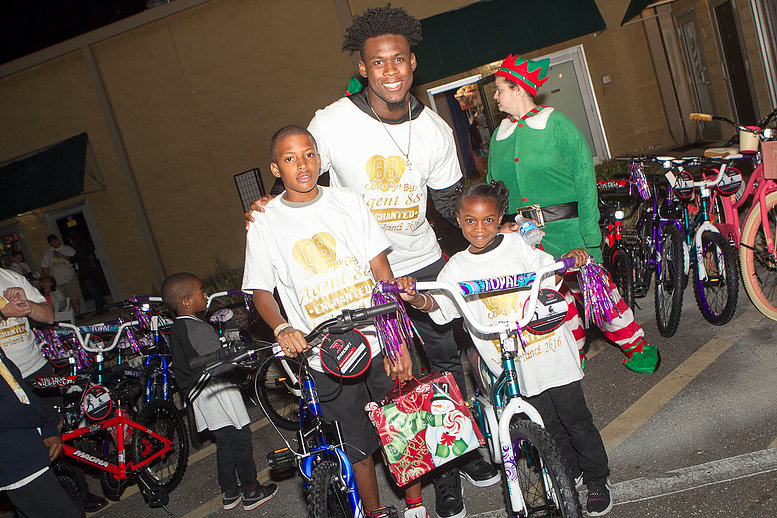 In 2016, Erica Wilson started the 88 blessings organization with support of her son, Allen Hurns, wide receiver of the Miami Dolphins. The goal of the foundation is to help families and single parents deal with life challenges by giving them hope, love, motivation and encouragement. Erica raised Allen and his brother Daryl as a single mother and the foundation allows Erica the opportunity to apply her own life experience and give back to those in the same situation she found herself battling with.

Each year 88 Blessings hosts numerous events in both the Jacksonville and Miami communities. For the past two years they have organized a toy drive the elementary school in Miami that Allen attended as a youngster. Eighty-eight students are selected based on their grades and classroom behavior. Erica, dressed as Mrs. Claus, hands the gifts out to each of the children. Lunch is provided and the children receive a motivational speech about the importance of staying in school, keeping away from drugs and never giving up.

This year, the toy drive in Jacksonville was billed “The Enchanted Wonderland” party and the children were served dinner with their families by Allen Hurns and Jaguars teammates at Mambo’s Restaurant. After dinner the entire group headed to Adventure Landing for the evening.
In the wake of Hurricane Matthew, 88 Blessings teamed up with Ashley Home Stores to deliver beds to families that had lost their homes in the storm.

The highlight of 2016 was the foundation’s 1st Annual “Stepping into 88 Blessings” that honored 88 single moms from the Jacksonville community and beyond. The women were treated to hair and nails before the gala and each received eighty-eight gifts courtesy of the foundation. Allen along with his teammates and coaches attended the black tie event.

Happy Thanksgiving and please be safe🗣from our:

Loving God, you have given us gifts to use both fo

God has crowned the Israelites with victory, and e

Gracious God, you have gifted us with so much. Re

Heavenly Father, thank you that you are our ever-p

Dear God, I rejoice in Your holy name! You are mig

Sign up to receive our monthly newsletter at www.8

Earn your success based on service to others, not

To the bereaved families, to the ones who’s faci

Thank you to our generous partners

Your contributions make a difference. 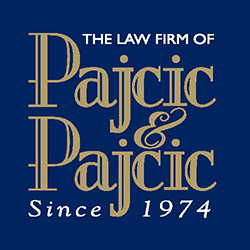 Find out how you can make a difference. Partner with 88 Blessings today!

Learn More
“The second is this: ‘Love your neighbor as yourself.’ There is no commandment greater than this.”

MAKE A DIFFERENCE IN YOUR
COMMUNITY TODAY WITH 88 BLESSINGS